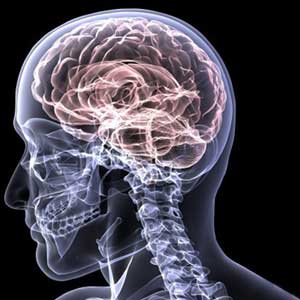 In Alzheimer’s disease the brain accumulates a molecule called A-beta that can be quite toxic to brain cells. Many researchers believe that finding ways to clear A-beta may be a key to treatment or prevention of Alzheimer’s disease.

A study published in the February issue of the Journal of Alzheimer’s Disease provides new insights into the way A-beta in the peripheral blood stream affects A-beta clearance in the brain.

Scientists from the University of Washington in Seattle, VA Puget Sound Health Care System, and the University of Hong Kong found that when circulating A-beta levels in the blood stream of rats were elevated, known amounts of radioactively tagged A-beta were swept from the brain more slowly.

These findings directly demonstrate something researchers have proposed for several years now-that freely circulating A-beta concentrations outside the brain can regulate A-beta clearance rates inside the central nervous system.

Researchers are coming to appreciate that the brain does not act alone in the task of clearing A-beta. It can be shuttled back and forth between compartments inside the brain and the peripheral blood supply where A-beta interacts with other organ systems. Treatments that increase the flow of A-beta away from the brain hold great therapeutic promise. Despite the promise of such work many basic questions still need to be answered about how the brain interacts with the rest of body to hold A-beta in check.

Dr. David Cook of the Puget Sound Veterans’ Affairs Health Care System and University of Washington School of Medicine commented, “Answering this seemingly simple question has been problematic because it can be very difficult to control A-beta concentrations in the blood. We knew from previous work that the liver plays an important role in removing A-beta from the blood. So, we thought if we temporarily prevented liver-mediated clearance it might be possible to set or ‘clamp’ peripheral A-beta levels long enough to find out whether A-beta in the blood stream affects A-beta clearance from the brain. We were a bit surprised to see how effective this strategy was. Peripheral A-beta clearance immediately halted almost completely. For several years it has been suggested that the circulatory system can act like an A-beta sink. The data clearly show that the liver is the primary drain.”

Hepatology expert, Dr. Sum Lee of the University of Hong Kong remarked, “The liver influences virtually everything that happens in the body, so it is not far-fetched to imagine that in the future it may be possible to find ways to help the brains of Alzheimer’s disease patients with their livers.”