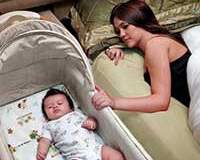 Many new mothers do not receive advice from physicians on aspects of infant care such as sleep position, breastfeeding, immunization and pacifier use, according to

Study finds laundry detergent pods, serious poisoning risk for children — One young child per day hospitalized in 2012 and 2013 because of pods; researchers recommend households with young children use traditional detergent instead – Laundry detergent pods began appearing on U.S. store shelves in early 2010, and people have used them in growing numbers ever since. The small packets can be tossed into a washing machine without ever having to measure out a liquid or powder. The convenience, though, has come with risks for young children.

Mayo Clinic study: multiple surgeries and anesthesia exposure – 36.6 percent children who had multiple surgeries before age 2 developed a learning disability later in life, but it should not alter decision-making related to surgery in young children. The new study examines children experiencing anesthesia and surgeries under age 2.

New AAP policy on choking prevention in young children – Choking is a leading cause of injury and death among children, especially children 3 years of age or younger. Food, toys and coins account for most of the choking-related events in young children, who put objects in their mouths as they explore new environments.

A new report finds obesity epidemic increases in USA, Mississippi weighs in as heaviest state in America. – Adult obesity rates increased in 23 states of USA and did not decrease in a single state in the past year, according to F as in Fat: How Obesity Policies Are Failing in America 2009, a report released by the Trust for America’s Health (TFAH) and the Robert Wood Johnson Foundation (RWJF).

With the increasing popularity of hair straighteners, hospitals are treating increasing numbers of children with serious burns. – Most parents think of electrical sockets and irons when asked about dangers to young children in the home but, unknown to parents, new and unexpected risks from modern home gadgets such as hair straighteners are posing a growing threat to toddlers’ safety.

Study suggests transfer of poor health from mother to child in India. Maternal height associatied with child mortality, growth failure. – Researchers at the Harvard School of Public Health (HSPH) have found a link between a mother’s height and the health of her children in a study using national data from India.

Three-point plan to save money on insurance without switching companies or skimping on coverage. Illinois Division of Insurance urges consumers to explore discounts. – Switching from brand names to generics is a great way to save money on food and clothes, but when it comes to insurance, consumers need to make well-informed decisions prior to altering coverage or changing companies.

Activist group allegations about baby care products false; Baby care products meet established safety standards. – Allegations made today that commonly used baby products are somehow contaminated with harmful levels of carcinogenic chemicals are patently false and a shameful and cynical attempt by an activist group to incite and prey upon parental worries and concerns in order to push a political, legislative and legal agenda.