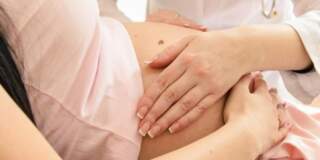 Pregnant women with COVID-19 appear to be at greater risk for common pregnancy complications — in addition to health risks from the virus — than pregnant women without COVID-19, suggests a study funded by the National Institutes of Health. 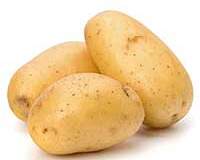 Low cost design makes ultrasound imaging affordable to the world – An ultra-low cost scanner that can be plugged into any computer or laptop to reveal vital information about the unborn child has been developed by engineers at Newcastle University, UK.

No evidence that drug used for preventing life-threatening bleeding in women during labor works — Rethinking WHO guidance: review of evidence for misoprostol use in the prevention of postpartum haemorrhage – There is insufficient evidence for the effectiveness of a drug that is being used increasingly to prevent life-threatening bleeding in women after giving birth in community settings in low income countries.

Women with polycystic ovary syndrome at increased risk of pregnancy complications – Hormonal Disorder Linked to Pregnancy Complications – Women with polycystic ovary syndrome are more likely to have problems with pregnancy regardless of whether they are undergoing fertility treatment, claims new research published on bmj.com today.

Interactive Autism Network releases findings on critical safety issue, launches new research survey on pregnancy – The Interactive Autism Network (IAN), reveals the preliminary results of the first major survey on wandering and elopement among individuals with autism spectrum disorders (ASD), and announces the launch of a new research survey on the association between pregnancy factors and ASD.

Fetal surgery, pioneered at UCSF, is more effective than operating after birth – Thirty years ago, the first human fetal surgery was performed at the University of California, San Francisco. Now, a randomized controlled trial has proven definitively that fetal surgery can help certain patients before birth.

UN estimates reveal fewer women dying from pregnancy-related causes, but 1000 still die a day and more needs to be done to achieve set targets – The number of women dying due to complications during pregnancy and childbirth has decreased by 34% from an estimated 546 000 in 1990 to 358 000 in 2008, according to a new report, Trends in maternal mortality, released by the World Health Organization (WHO), the United Nations Children’s Fund (UNICEF), the United Nations Population Fund (UNFPA) and the World Bank.