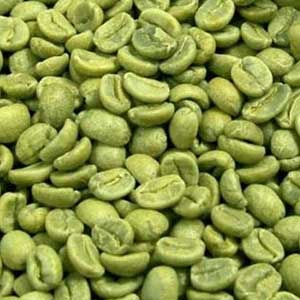 Green, or unroasted, coffee beans can produce a substantial decrease in body weight in a relatively short period of time, revealed by researchers in a study presented at the 243rd National Meeting & Exposition of the American Chemical Society (ACS).

Joe Vinson, Ph.D., and colleagues described how a group of overweight or obese people who consumed a fraction of an ounce of ground green coffee beans each day lost about 10 percent of their body weight.

“Based on our results, taking multiple capsules of green coffee extract a day – while eating a low-fat, healthful diet and exercising regularly – appears to be a safe, effective, inexpensive way to lose weight,” Vinson said at the ACS meeting, being held here this week. He is with the University of Scranton in Pennsylvania.

The study involved 16 overweight or obese people aged 22-26 years who took capsules of the extract or capsules containing a placebo, an inactive powder, for a total of 22 weeks. The subjects alternated between a low dose and a higher dose of the extract. The low dose consisted of 700 mg of the coffee extract, and the high dose was 1,050 mg. It was a so-called “cross-over” study in which people cycled through the two doses and the placebo, each for six weeks. Such studies have advantages because each person serves as his or her own “control,” improving the chances of getting an accurate result.

All of the participants were monitored for their overall diet (calories, food eaten, etc.) and exercise over the study period. “Their calories, carbohydrates, fats and protein intake did not change during the study, nor did their exercise regimen change,” Vinson said.

Participants lost an average of 17 pounds during the 22 weeks of the study. It included an average of a 10.5 percent decrease in overall body weight and a 16 percent decrease in body fat. Vinson noted that weight loss might have been significantly faster, except that participants received the placebo and the lower dose of green coffee extract for part of the study period.