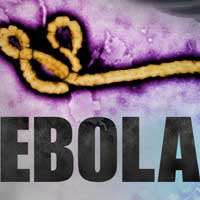 The deadly Ebola virus, an emerging public health concern in Africa and a potential biological weapon, ranks among the most feared of exotic pathogens. Due to its virulent nature, and because no vaccines or treatments are available, scientists studying the agent have had to work under the most stringent biocontainment protocols, limiting research to a few highly specialized labs and hampering the ability of scientists to develop countermeasures.

Now, however, a team of researchers from the University of Wisconsin-Madison has figured out a way to genetically disarm the virus, effectively confining it to a set of specialized cells and making the agent safe to study under conditions far less stringent than those currently imposed.

“We wanted to make biologically contained Ebola virus,” explains Yoshihiro Kawaoka, a professor of pathobiological sciences in the UW-Madison School of Veterinary Medicine and the senior author of a paper describing the system for containing the virus published today (Jan. 21, 2008) in the Proceedings of the National Academy of Sciences. “This is a great system.”

The Ebola virus first emerged in 1976 with outbreaks in Sudan and Zaire. There are several strains of the virus, which causes hemorrhagic fever and during outbreaks kills anywhere from 50-90 percent of its human victims.

At present, research on live Ebola virus is confined to the very highest level of biosafety, known as Biosafety Level 4 (BSL 4). Because such laboratories are rare, small and very expensive, basic research that is the basis for any potential drugs or vaccines to thwart the virus has been limited to perhaps half a dozen labs worldwide. The system devised by Kawaoka and his colleagues could provide a way to greatly expand studies of the pathogen and speed the development of countermeasures.

Taming Ebola virus, according to the new study, depends on a single gene known as VP30. Like most viruses, Ebola is a genetic pauper. It has only eight genes and depends on host cells to provide much of the molecular machinery to make it a successful pathogen. The virus’s VP30 gene makes a protein that enables it to replicate in host cells. Without the protein, the virus cannot grow.

“The altered virus does not grow in any normal cells,” says Kawaoka. “We made cells that express the VP30 protein and the virus can grow in those cells because the missing protein is provided by the cell.”

It took years, Kawaoka explains, to find which viral protein was not toxic to cells and could thus be used to develop a system, using monkey kidney cells, to confine the virus.

And Kawaoka, an internationally noted virologist, is convinced of the safety of the new system: “We did this work in a BSL 4, and the altered cells didn’t produce any infectious virus after many passages or replication cycles.”

With the exception that it is unable to grow in anything but cells engineered to express the VP30 protein, the virus is identical to the pathogen found in the wild, making it ideal for studies of basic biology, vaccine development and screening for antiviral compounds.

“This system can be used for drug screening and for vaccine production,” Kawaoka says, noting that getting the equipment and compounds for such work into a BSL 4 lab is extremely difficult. “High throughput screening (for drugs) in a BSL 4 is almost impossible.”

Currently, live Ebola virus can be studied only in a BSL 4 laboratory. Any proposal to permit studying the pathogen in lower safety level labs is certain to generate controversy.

But according to Kawaoka, making the agent available for study to a broader cross section of science is essential for thwarting the virus that kills a high percentage of its victims because there is now no defense against it. A new strain of Ebola, which so far has emerged only in remote areas of the world, was recently identified in Uganda and has killed at least 40 people.

“This is an emerging virus and it’s highly lethal,” Kawaoka says. “But because of the BSL 4 requirement, knowledge of this virus is limited.”