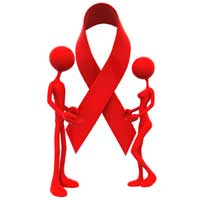 The Indian state Maharashtra government has proposed the testing for the human immunodeficiency virus (HIV) be made compulsory before marriage in the state. If the decision is made into law, Maharashtra would be the first state in the India to have such a scheme.

This was decided at a high-level meeting this week, presided over by Public Health Minister Vimal Mundada. She said such a move would create awareness and also control the spread of HIV. Officials said that compulsory testing was necessary in a state where HIV awareness is low.

The National AIDS Control Organisation (NACO) guidelines states that mandatory HIV test should not be a precondition for employment or providing healthcare, and in the case of marriage, a test can be carried out only if a partner insists on it. The state of Goa and Andhra Pradesh announced similar plans in 2006 but they were abandoned.

The controversial decision sparked off a debate in the country once again, with women’s groups criticizing the move, calling it loaded against women. India has one of the highest numbers of people with HIV in the world, reported by BBC.