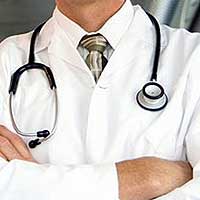 Doctors wearing long-sleeved white coats may facilitate the transmission of infection in hospitals. Dr. Edmond Fernandes, who has authored the book Small things that matter much, has expressed his opinion in the article titled “Doctors and medical students in India should stop wearing white coats” in the British Medical Journal (BMJ).

Dr. Edmond Fernandes says, “Today, we know that white coats harbour potential contaminants and contribute considerably to the burden of disease acquired in hospitals by spreading infection. White coats are often contaminated with Staphylococcus aureus, and many isolates are resistant to meticillin.”

A cross-sectional study in Bengaluru found that the most contaminated area was the sides of the coat, followed by the collar and pocket, the doctor said.

Dr. Fernandes, who participated in several health missions abroad, said, “In India, changing areas in hospitals are rare because of space constraints, so white coats are commonly worn by students coming from college and outside the hospital. They are also often left on chairs, tables and in corridors. Doctors and medical students tend to wear their white coats to the library, cafeteria, toilet, and so on.” Dr. Edmond Fernandes said in many Indian cities, some junior doctors are seen wearing white coats in
shopping malls and cinemas too, and then they enter sterile zones in the hospital in the same attire. “Given India’s tropical climate, common sense indicates that we should discourage wearing white coats that are washed perhaps only every few weeks.” I believe, facts raised by Dr. Fernandes is not only true for India, but also for other countries, where medical students with their white coats protest on road, visit pubs and malls, have clicks for facebook, etc. As I recollected my medical student’s days in 80s, this was true that time also. I feel, we need to understand these facts and should take all necessary steps to have almost sterlised white-coat while entering in IPDs and OPDs.