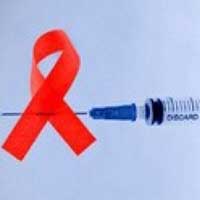 The work brings fresh optimism to the field of HIV immunotherapy and suggests new strategies for fighting or even preventing HIV infection.

In a person infected with HIV, there is an ongoing arms race between the virus and the body’s immune system. Even as the body produces new antibodies that target the virus, the virus is constantly mutating to escape, managing to stay just a few steps ahead.

3BNC117 belongs to a new generation of broadly neutralizing antibodies that potently fight a wide range of HIV strains.

“What’s special about these antibodies is that they have activity against over 80 percent of HIV strains and they are extremely potent,” says Marina Caskey, assistant professor of clinical investigation in the Nussenzweig lab and co-first author of the study.

Autism not linked with MMR vaccine