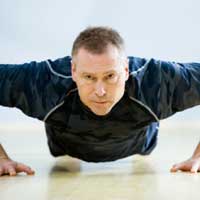 Sudden cardiac arrest is the abrupt loss of heart function and usually results from an electrical disturbance in the heart that stops blood flow to other vital organs. Administering CPR immediately after the event, before emergency services arrives, can increase the chance of survival.

In two-thirds of the cases, patients had a previously documented cardiovascular disease or symptoms before the sudden cardiac arrest.

– The rate of survival to hospital discharge was higher for sports-associated sudden cardiac arrests at 23.2 percent, compared to 13.6 percent of broader non-sports cases. People in the sports-associated group were more likely to be in public and receive bystander CPR.

– Men had a higher incidence of sports-associated sudden cardiac arrest than women, compared with the broader non-sports cases — possibly because more men participate in sports.

When researchers applied their findings to the overall population of the United States, they estimated 2,269 sports-associated sudden cardiac arrest events would occur among men and 136 among women per year in the 35-65-year-old group.

“Our study findings reinforce the idea of the high-benefit, low-risk nature of exercise in middle age and emphasize the importance of education to maximize safety, particularly as the population ages and more baby boomers increasingly take part in sports activities to prolong their lives,” said Sumeet Chugh, M.D., the study’s senior author and associate director for genomic cardiology at the Cedars-Sinai Heart Institute in Los Angeles, California.