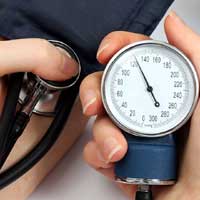 Adding another reason for people to watch their blood pressure, a new study from North Carolina State University shows that increased blood pressure in older adults is directly related to decreased cognitive functioning, particularly among seniors with already high blood pressure. This means that stressful situations may make it more difficult for some seniors to think clearly.

Allaire says the findings may indicate that mental stress is partially responsible for the increase in blood pressure ? and the corresponding breakdown in cognitive functioning. However, Allaire notes that normal fluctuations in blood pressure likely play a role as well.