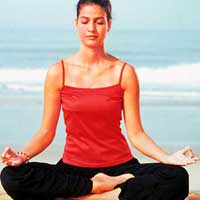 The Ministry of AYUSH promotes Yoga by carrying out campaigns through print and electronic media. AROGYA fairs at National and State level are organized to make public aware of the benefits of AYUSH systems of medicine including Yoga. The Ministry under its Central Sector Schemes of Information Education and Communication (IEC) and International Co-operation extends financial assistance to State Governments and other reputed Government/ Non Governmental Organizations/ Universities for conducting National/ International seminars/ workshops/ symposiums to promote AYUSH systems including Yoga.

The Ministry of AYUSH has recently initiated a Scheme for Voluntary Certification of Yoga Professionals. First phase of the Scheme to certify Yoga teachers was launched on June 22, 2015. The Scheme is being operated by the Quality Council of India (QCI), an apex quality facilitation and accreditation body, under the Ministry of Commerce and Industry.

The Government of India has approved the National AYUSH Mission which envisages better access to AYUSH services including Yoga and strengthening of AYUSH educational institutions.

The Mission provides for (a) co-location of AYUSH facilities at Health Centers/Hospitals including Yoga facilities (b) upgradation of exclusive State AYUSH Hospitals & dispensaries including hospitals with Yoga centers (c) upgradation of State Government teaching institutions including those of Yoga(d) Yoga and Naturopathy Wellness Centres as per guidelines as deemed appropriate by the States under the flexible component. The proposals are sanctioned under the National AYUSH Mission (NAM) on receipt of the same from the State/ UT Governments.

To give further impetus to research, the Government encourages research on Yoga by providing grants under Extra Mural Research scheme to research organizations.