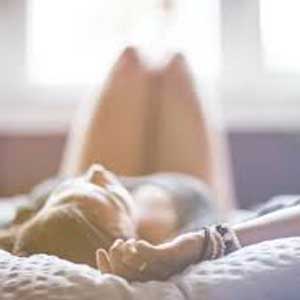 The quality of interactions among married couples is affected by wives’ inability to fall asleep at night, but not by husbands’ sleep problems, suggests new research presented in Minneapolis, Minn., at SLEEP 2011, the 25th Anniversary Meeting of the Associated Professional Sleep Societies LLC (APSS).

Results show that, among wives, taking longer to fall asleep at night predicted their reports of more negative and less positive marital interactions the next day.

“We found that wives’ sleep problems affect her own and her spouse’s marital functioning the next day, and these effects were independent of depressive symptoms,” said principal investigator Wendy M. Troxel, PhD, assistant professor of psychiatry at the University of Pittsburgh School of Medicine in Pittsburgh, Pa. “Specifically, wives who took longer to fall asleep the night before reported poorer marital functioning the next day, and so did their husbands.”

According to the authors, the findings show that sleep disorders such as insomnia can have a negative impact on marital relationships.

“These results highlight the importance of considering the interpersonal consequences of sleep and sleep loss,” said Troxel.

The study was supported by the National Institutes of Health through the National Heart, Lung, and Blood Institute; and the Clinical & Translational Science Awards.

In previous studies, Troxel found that the stable presence of a husband or cohabiting partner predicted better sleep quality and continuity in women (SLEEP – July 2010); and women who were happy in their marriage reported fewer sleep disturbances (Behavioral Sleep Medicine – 2009).