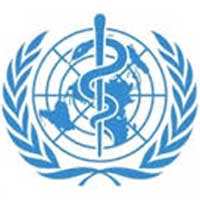 World Health Organisation has declared an international emergency over the explosive spread of the mosquito-borne Zika virus, which is linked to birth defects in the Americas. The UN health agency yesterday convened an emergency meeting of independent experts in Geneva to assess the outbreak of the virus.

The meeting was convened after noting a suspicious link between Zika’s arrival in Brazil last year and a surge in the number of babies born with abnormally small heads.

WHO estimates there could be up to 4 million cases of Zika in the Americas in the next year, but no recommendations were made to restrict travel or trade.

WHO Director-General Margaret Chan said it is important to understand, there are several measures pregnant women can take like delaying travel. She said, if they need to travel, they can get advice from their physician and take personal protective measures, like wearing long sleeves and shirts and pants and use mosquito repellent.

In Brazil, authorities have said that there is no chance that the Rio Olympics will be cancelled because of Zika virus outbreak. They said, there was no risk to athletes and spectators, except pregnant women, at the August event.