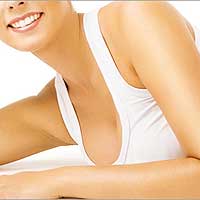 For women undergoing breast cancer surgery, a technique called lipofilling — using the patient’s own fat cells to optimize the results of breast reconstruction — does not increase the risk of recurrent breast cancer, revealed by American surgeons.

The study published in the February issue of Plastic and Reconstructive Surgery, the official medical journal of the American Society of Plastic Surgeons (ASPS).

“Our controlled study shows that, used as part of breast reconstruction, lipofilling is a safe procedure that does not increase the risk of recurrent or new breast cancers,” comments ASPS member surgeon Dr. Steven J. Kronowitz of Kronowitz Plastic Surgery, Houston (formerly of M.D. Anderson Cancer Center), lead author of the new report.

Using a plastic surgery database, the researchers analyzed a series of more than 1,000 partial or total mastectomies followed by breast reconstruction with lipofilling. About 30 percent of cases involved risk-reducing mastectomy in women at high genetic risk of breast cancer.

Rates of recurrent or new breast cancers were then compared with a similar group of women who underwent mastectomy followed by breast reconstruction without lipofilling. In the lipofilling procedure, fat obtained by liposuction from one part of the body–for example, the abdomen or thighs–is injected to enhance the appearance of the breast.

For women who underwent mastectomy for breast cancer, overall recurrence rates were similar for reconstruction with versus without lipofilling. The rate of locoregional recurrence (in the breast and surrounding area) was not significantly different between groups: 1.3 percent for women who had lipofilling versus 2.4 percent in those who did not.

Rates of systemic (distant) cancer recurrence were similar as well: 2.4 percent with lipofilling versus 3.6 percent without. None of the women undergoing preventive mastectomy developed initial (primary) breast cancer.

Lipofilling is a fat grafting technique that is increasingly used to optimize the cosmetic results of breast reconstruction.

“Our results provide new evidence that lipofilling, used as part of breast reconstruction, is a safe procedure that does not increase the risk of recurrent or new breast cancer after mastectomy,” Dr. Kronowitz comments.