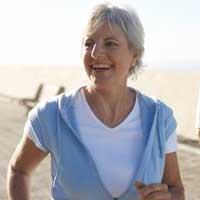 Heart failure is a common endpoint for many cardiovascular diseases. This syndrome is characterized by reduced cardiac output that leads to dyspnea, exercise intolerance and later death. More than 20 million people worldwide are estimated to have heart failure.

And, this situation will get worse since the prevalence of heart failure will rise as the mean age of the population increases.

Over the last years a lot of effort has been done to understand the mechanism involved in heart failure development.

Despite heart failure seems to be a multifactorial syndrome, a common point observed by several studies was the accumulation of “bad” (or misfolded) proteins in cardiac cells of both humans and animals with heart failure.

Proteins are like workers responsible for many chemical reactions required keeping our cells healthy. They are constituted by a sequence of amino acids that determines the protein “shape” (structure), which is critical for proteins function.

During the evolution process, our cells developed a protein quality control system that refolds (when it is possible!) or degrades misfolded proteins, allowing them to keep only the “good” (correctly folded) proteins.

In the current study from K. G. Jebsen – Center of Exercise in Medicine at the Norwegian University of Science and Technology (NTNU) in collaboration with Professor Patricia Brum’s research group at University of Sao Paulo, Luiz Bozi and colleagues discovered that misfolded protein accumulation in a rat model of heart failure was related to disruption of the cardiac protein quality control system. Since there is no pharmacology therapy targeting the protein quality control system, Luiz Bozi and colleagues investigated whether aerobic exercise training, an efficient therapy for prevention and treatment of a variety of cardiovascular diseases, would reestablish the cardiac protein quality control system and improve cardiac function of heart failure rats.

These results suggest that heart failure development is associated with disruption of cardiac protein quality control system and reinforce the importance of aerobic exercise training as a primary non-pharmacological therapy for treatment of heart failure patients.