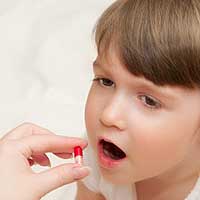 Antibiotics to children may increase the arthritis risk i.e. juvenile arthritis, revealed by researchers in a recent study published in Pediatrics. Juvenile arthritis, a form of autoimmune disease, involves chronic inflammation of the joints and eyes that can lead to pain, vision loss, and disability.

Genetics explains only why about one quarter of children develop arthritis, which means environmental triggers may also play an important role in the onset of disease.

The more courses of antibiotics prescribed, the higher the associated risk, they found.

The risk was strongest within one year of receiving antibiotics.

Between 4,300 and 9,700 children under the age of 16 are diagnosed with juvenile arthritis a year, according to the latest Centers for Disease Control and Prevention statistics.

Researchers began the study in 2014 because of previous studies showing that antibiotics could predispose children to develop other chronic diseases, including inflammatory bowel disease. Disruption of microbial communities in the intestines and elsewhere appears to play a role in inflammatory bowel disease and other autoimmune diseases, including rheumatoid arthritis in adults.

Additionally, they noted that antiviral and antifungal drugs were not linked to juvenile arthritis, suggesting that risk for arthritis was specific to antibacterial medicines.

Horton cautioned that additional research is warranted to confirm these findings and to understand the mechanism that might link antibiotic use and arthritis in children.

These findings may offer another reason to judiciously prescribe antibiotics to children.