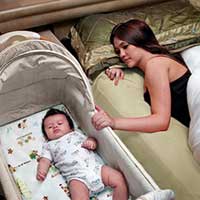 Many new mothers do not receive advice from physicians on aspects of infant care such as sleep position, breastfeeding, immunization and pacifier use, according to a study funded by the National Institutes of Health. Health care practitioner groups have issued recommendations and guidelines on all these aspects of infant care, based on research which has … Read more

More Parents Say They Won’t Vaccinate Daughters Against HPV, Researchers Find — Parents increasingly concerned about potential side effects, research shows – A rising percentage of parents say they won’t have their teen daughters vaccinated to protect against the human papilloma virus, even though physicians are increasingly recommending adolescent vaccinations. More than 2 in 5 parents surveyed believe the HPV vaccine is unnecessary, and a growing number worry about potential side effects.

HPV vaccine reduces infection, even in unvaccinated — Study shows evidence of herd protection – The HPV vaccine not only has resulted in a decrease in human papillomavirus infection in immunized teens but also in teens who were not immunized. The study is believed to be the first to show a substantial decrease in HPV infection in a community setting as well as herd protection ? a decrease in infection rates among unimmunized individuals that occurs when a critical mass of people in a community is immunized against a contagious disease.

Statins may reduce mortality in patients hospitalized with influenza – Taking Statins May Help Flu patients – The two main ways to prevent and control influenza today are annual immunization and antiviral drugs. A team of investigators has found that statins, cholesterol-lowering drugs, may offer an additional treatment to complement these approaches and reduce mortality among patients hospitalized with influenza.

US Pediatrics agency updates guidelines on polio vaccination – Despite significant progress in eliminating polio, wild poliovirus persists in a small number of Asian and African countries. It is essential to ensure high levels of immunity in U.S. children to prevent outbreaks in case the virus is imported here.

Number of Medicaid beneficiaries served by such plans increased by more than 4 million between 2004-2009, expected to rise further as health reform expands Medicaid coverage; provider-operated plans perform better than commercially-owned – A new Commonwealth Fund report finds that Medicaid managed care plans that are owned by publicly traded for-profit companies whose primary line of business is managing Medicaid enrollees spent an average of 14 percent of premiums on administrative costs, compared with an average of only 10 percent spent by non-publicly traded plans owned by groups of health care providers, health systems, community health centers, or clinics.

Combination MMRV vaccine linked with 2-fold risk of seizures — Electronic health records study of 459,000 children sparked new CDC recommendations – The combination vaccine for measles, mumps, rubella and chickenpox (MMRV) is associated with double the risk of febrile seizures for 1- to 2-year-old children compared with same-day administration of the separate vaccine for MMR (measles, mumps, rubella) and the varicella (V) vaccine for chicken pox.