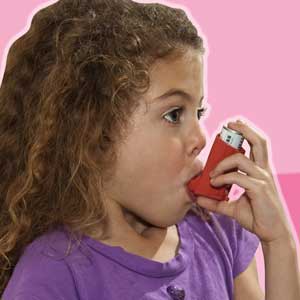 Children who are born four months before the peak of cold and flu season have a greater risk of developing childhood asthma than children born at any other time of year, according to new research from Vanderbilt University Medical Center.

In the Tennessee Asthma Bronchiolitis Study (TABS), which involved an analysis of the birth and medical records of more than 95,000 children and their mothers, researchers addressed the question of whether winter respiratory viral infections during infancy cause asthma.

They asked if there is a relationship between winter virus circulation (cold and flu season) during infancy, timing of birth, and the development of childhood asthma.

They found that the timing of when a child is born in relationship to the annual cold and flu season alters the risk for developing asthma. Autumn-born babies, who are about 4 months of age when the winter virus season peaks, have a nearly 30 percent increased risk of developing asthma compared with births during other times of the year, and this risk was similar to or greater than other well-established risk factors for asthma.

“RSV always peaks in the winter; it could be December or it could be February in the Northern Hemisphere (it peaks in the winter in the Southern Hemisphere, which corresponds to our summer months). Over the course of the study, if the peak of RSV occurred in December, the highest rates of asthma were seen in August-born babies. If the peak was in February, the highest rates of asthma were seen in October-born babies, and that’s exactly what we saw nearly to the day,” Hartert said.

The researchers propose two non-mutually exclusive possible reasons for the link: One, that there is a genetic susceptibility common to both bronchiolitis and the development of asthma; and two, that an environmental exposure such as a winter viral infection causes asthma.

“The risk of progressing from bronchiolitis to asthma is almost certainly influenced by genetic factors,” Hartert said. “However, if this association were due only to genetic factors, there would be a seasonal effect on infection but not on asthma. Instead we have shown that there is variation in the risk of developing asthma by the timing of birth in relationship to the winter virus peak for each of the five years studied. This supports a causal relationship of childhood asthma with the winter virus peak after birth.”

Avoiding winter viruses is difficult, as is evidenced by the fact that 70 percent of infants are infected with RSV in their first year of life, and 100 percent by age 2 years. For families whose infants are at high risk for developing asthma, avoiding infection through administration of a vaccine (if we had one), immunoprophylaxis, or timing of birth in the spring months, could be protective.

“These strategies hold the hope for asthma prevention. However, it’s premature to make such recommendations until these interventions are tested and we prove that they work to prevent childhood asthma.”

Routine HIV testing fails in US