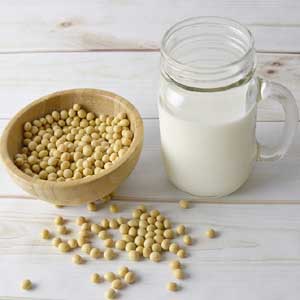 The randomized, controlled clinical trial is the first to document that milk protein lowers blood pressure for people with pre-hypertension and stage-1 high blood pressure.

Study participants who took a milk protein supplement had a 2.3 millimeters of mercury (mmHg) lower systolic blood pressure, compared to when they took a refined carbohydrate supplement.

Participants who took a soy protein supplement had a 2.0 mmHg lower systolic blood pressure when compared to the refined carbohydrate supplement.

The 352 adults in the study were at increased risk of high blood pressure or had mild cases of the condition.

“Some previous observational research on eating carbohydrates inconsistently suggested that a high carbohydrate diet might help reduce blood pressure,” said He, an epidemiologist at Tulane University School of Public Health and Tropical Medicine in New Orleans, La. “In contrast, our clinical trial directly compares soy protein with milk protein on blood pressure, and shows they both lower blood pressure better than carbohydrates.”

Each eight-week phase was followed by a three-week washout period when study participants did not take supplements. They took the three supplements as identical powder supplements dissolved in liquid.

“The systolic blood pressure differences we found are small for the individual, but they are important at the population level,” He said.

Based on previous research, a 2 mmHg decrease in systolic blood pressure could lead to 6 percent fewer stroke-related deaths, a 4 percent lower rate of heart disease deaths and a 3 percent reduction in overall deaths among Americans.

Long-term studies would be needed to make specific recommendations for dietary changes, He said.