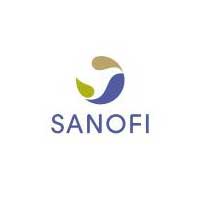 The first-ever vaccine against dengue fever which affects up to 400 million people per year will be publicly available for the first time after being cleared for use in Mexico, French manufacturer Sanofi said yesterday.

It’s a very important moment in the history of public health, Olivier Charmeil, head of the company’s vaccines division described Dengvaxia as the innovation of the decade.

It took 20 years in research and development to create Dengvaxia.

Until now, scientists have been stumped by dengue, which has four separate strains.

The World Health Organisation says dengue has become the fastest-growing mosquito-borne disease, with as many as 400 million people infected every year. It can trigger a crippling fever, along with muscle and joint pain.

There is no known cure and children are at particular risk.

The deadliest form of the disease kills 22,000 people per year, the WHO says.

Sanofi Pasteur has requested authorisation to roll out the vaccine in 20 countries.