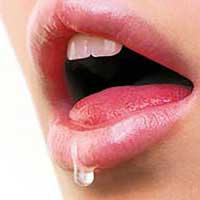 Saliva may hold the keys to understanding a person’s likelihood of developing Alzheimer’s, even among those who don’t yet have memory and thinking problems associated with the disease. Knowing that Alzheimer’s typically coexists with certain metabolic disorders, Shraddha Sapkota, a neuroscience PhD student at the U of A, along with psychology professor Roger Dixon and chemistry professor Liang Li, as well as colleagues from the Faculty of Medicine & Dentistry, reported success in identifying substances in saliva that could differentiate people with Alzheimer’s from those who were aging normally.

The researchers reported their findings at the annual Alzheimer’s Association International Conference in Washington, D.C.

“Saliva is easily obtained, safe and affordable, and has promising potential for predicting and tracking cognitive decline, but we’re in the very early stages of this work and much more research is needed,” says Sapkota.

Early detection of Alzheimer’s symptoms is critically important for people with the disease and for clinical studies seeking to slow or stop its progression. However, many diagnosis techniques can be costly or invasive. Saliva is simple to obtain and easy to transport, and has been successfully used to help identify a variety of diseases and conditions. And because multiple samples can be readily obtained, saliva testing is particularly useful for performing repeated assessments that span days, weeks, months or longer.

“There is now consensus that Alzheimer’s disease begins with changes in the brain that are happening while people are still cognitively normal, decades before memory and thinking problems begin, which then accelerate as the disease progresses,” says Maria Carrillo, chief science officer of the Alzheimer’s Association. “Still, diagnosis of Alzheimer’s usually happens fairly late in the progression of the disease, typically not until symptoms are severe enough to prompt a visit to the doctor.”

“Earlier diagnosis or, better still, the ability to predict the onset of Alzheimer’s, would significantly increase the window of opportunity a person with Alzheimer’s has to formulate an informed response to the news and empower them to be an active participant in decision-making while they still have the ability. It also would help researchers choose participants for treatment research, especially people at the earliest, pre-symptomatic stages of the disease who are needed for prevention trials,” she adds.

The researchers conducted their study using saliva samples, clinical diagnoses and cognitive data from the Victoria Longitudinal Study, a long-term, large-scale investigation of human aging. Protein analysis technology called liquid chromatography-mass spectrometry was used to analyze the saliva samples and identify which substances were predominant in the saliva of three types of individuals: people with normal aging (NA), those with an earlier phase of dementia known as mild cognitive impairment (MCI), and those with Alzheimer’s disease (AD).

“Equally important is the possibility of using saliva to find targets for treatment to address the metabolic component of Alzheimer’s, which is still not well understood,” Sapkota notes. “This study brings us closer to solving that mystery.”