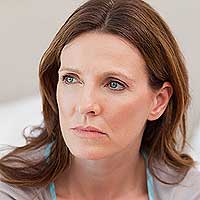 The high-dose regimen vitamin D regimen achieved and maintained 25-hydroxyvitamin D levels at greater than or equal to 30 ng/mL.

Results indicate that calcium absorption increased 1 percent in the high-dose group but decreased 2 percent in the low-dose group and 1.3 percent in the placebo group. The small increase in the high-dose group did not translate into beneficial effects because authors found no difference between the three study groups for changes in spine, average total-hip, average femoral neck or total-body bone mineral density, trabecular bone score, muscle mass or sit-to-stand tests. There also were no differences between the groups for numbers of falls, number of fallers, physical activity or functional status.

The authors note few African-American women participated in the study, which limits its ability to detect differential responses to cholecalciferol based on race. The study results also cannot be used to guide cholecalciferol therapy for young adults, men, or women older than 75, according to the authors. They point out individuals only participated for one year and perhaps longer exposure to high-dose cholecalciferol might yield greater effects on bone mineral density.

“Study results do not justify the common and frequently touted practice of administering high-dose cholecalciferol to older adults to maintain serum 25(OH)D [25-hydroxyvitamin D] levels of 30 ng/mL or greater,” the study concludes.

Texting while walking make you walk slower and swerve