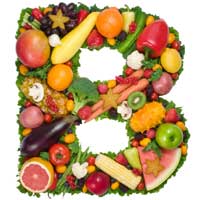 B vitamins can mitigate the impact of fine particle pollution on cardiovascular disease, revealed by researchers at Columbia University’s Mailman School of Public Health. Healthy non-smokers who took vitamin B supplements nearly reversed any negative effects on their cardiovascular and immune systems.

This is the first clinical trial to evaluate whether B vitamin supplements change the biologic and physiologic responses to ambient air pollution exposure.

The study initiates a course of research for developing preventive pharmacological interventions using B vitamins to contain the health effects of air pollution.

The findings are published in the Nature Publishing Group journal, Scientific Reports.

B vitamins are a class of water-soluble vitamins that play important roles in cell metabolism. Though these vitamins share similar names, research shows that they are chemically distinct vitamins that often coexist in the same foods. In general, dietary supplements containing all eight are referred to as a vitamin B complex. Individual B vitamin supplements are referred to by the specific name of each vitamin (e.g. B1, B2, B3 etc.).

Ambient PM2.5 pollution is one of the most common air pollutants and has a negative effect on cardiac function and the immune system.

Because the researchers studied healthy adults from lightly polluted urban environment, they caution that their findings might not be generalizable to populations that are at higher risk for pollution-induced cardiovascular effects, including children, older adults, individuals with pre-existing cardiovascular disease, and individuals residing in heavily polluted areas.

If you live in cities with high air pollution levels then you must consume Vitamin B rich diet more. Good sources for B vitamins include legumes (pulses or beans), whole grains, potatoes, bananas, chili peppers, tempeh, nutritional yeast, brewer’s yeast, and molasses.