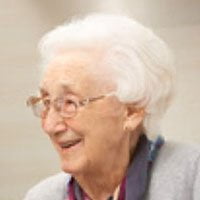 Evidence supporting three interventions that might slow cognitive decline and the onset of dementia is encouraging — Cognitive training, blood pressure management for people with hypertension, and increased physical activity all show modest evidence that they can help prevent cognitive decline and dementia.

“There is good cause for hope that in the next several years much more will be known about how to prevent cognitive decline and dementia, as more clinical trial results become available and more evidence emerges,” said Alan I. Leshner, chair of the committee and CEO emeritus, American Association for the Advancement of Science.

Even though clinical trials have not conclusively supported the three interventions discussed in our report, the evidence is strong enough to suggest the public should at least have access to these results to help inform their decisions about how they can invest their time and resources to maintain brain health with aging.

According to the report, 3 interventions for future research include:

– cognitive training – which includes programs aimed at enhancing reasoning and problem solving, memory, and speed of processing – good evidence shows that cognitive training can improve performance on a trained task, at least in the short term.

The study was sponsored by the National Institute on Aging.