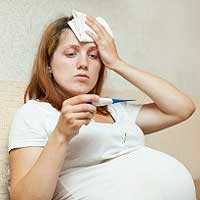 A study published in the journal Science found that activation in pregnant mice of a particular immune response, similar to what may occur with certain viral infections during pregnancy, alters the brain structure of the mouse offspring and causes behavioral changes, reminiscent of those observed in humans with autism spectrum disorder (ASD).

Several past human studies have suggested a correlative link between maternal viral infection during pregnancy and risk of autism spectrum disorder. Mouse models have been created and used to study how maternal immune activation influences autism-like behavior, but the mechanism underlying this was not known until now.

The study, “The maternal interleukin-17a pathway promotes autism-like phenotypes in offspring” published on Jan. 28 in Science, and led by researchers from the University of Massachusetts Medical School, Massachusetts Institute of Technology, NYU Langone Medical Center and the University of Colorado, Boulder, shows that increased production of a cytokine called interleukin-17a by a subset of helper T cells (Th17) was the mechanism by which the inflammatory response in the mother led to mouse versions of ASD symptoms in the offspring: deficits in social approach behavior, abnormal communication and increases in repetitive behavior.

“Blocking the function of Th17 cells and IL-17a in the maternal womb by using antibodies and other genetic techniques completely restored normal behavior and brain structure in the affected offspring,” said Jun R. Huh, PhD, an assistant professor of medicine in the division of infectious diseases and immunology at the University of Massachusetts Medical School and a corresponding author on the study.

“The study also showed that a therapeutic treatment with antibodies blocking IL-17a corrected certain behavioral abnormalities, suggesting Th17 cells, as well as the specific proteins they produce, may be candidate therapeutic targets in efforts to prevent autism in the children of susceptible mothers.”

“To our knowledge, this is the first study to identify a specific population of immune cells that may have a direct role in causing behaviors linked to autism,” said immunologist and another corresponding author Dan Littman, MD, PhD, the Helen L. and Martin S. Kimmel Professor of Molecular Immunology in the Department of Pathology at NYU Langone Medical Center.

Littman noted that the immune reactions in the current study linked to autism risk are the kind caused only by viral infections in the mother, and have “nothing whatsoever to do with vaccines.” Some have linked childhood vaccination to autism risk despite “overwhelming scientific evidence to the contrary.”