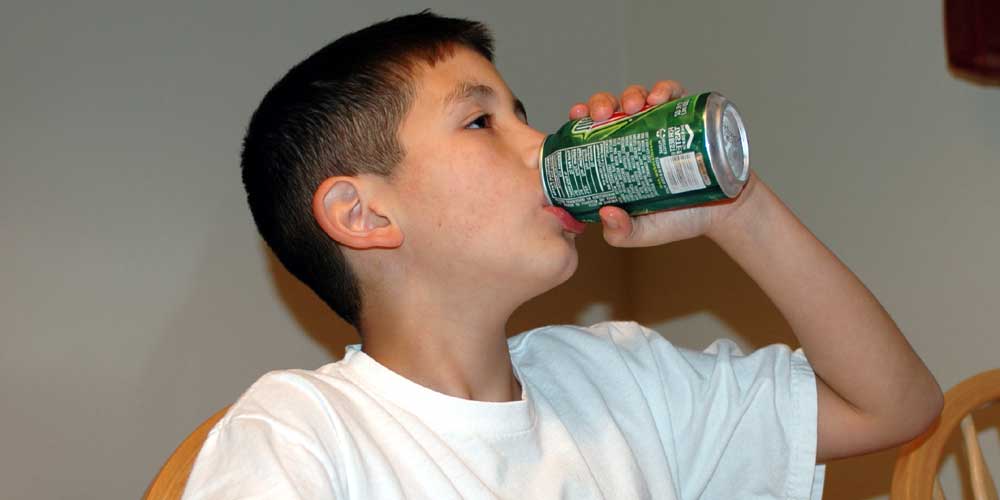 Drinking 32 ounces of an energy drink in a short timespan may increase blood pressure and the risk of electrical disturbances in the heart, which affect heart rhythm, according to a small study published in Journal of the American Heart Association.

The study enrolled 34 healthy volunteers between the ages of 18 and 40 years.

Participants were randomly assigned to drink 32 ounces of one of two commercially available caffeinated energy drinks or a placebo drink on three separate days.

The drinks were consumed within a 60-minute period but no faster than one 16-ounce bottle in 30 minutes.

Researchers measured the electrical activity of the volunteers’ hearts by electrocardiogram, which records the way a heart is beating.

All measurements were taken at the study’s start and every 30 minutes for 4 hours after drink consumption.

Both energy beverages tested contained 304 to 320 milligrams of caffeine per 32 fluid ounces.

Caffeine at doses under 400 milligrams is not expected to induce any electrocardiographic changes.

Other common ingredients in the energy drinks in the study included taurine (an amino acid), glucuronolactone (found in plants and connective tissues) and B-vitamins.

In participants who consumed either type of energy drink, researchers found that the QT interval was 6 milliseconds or 7.7 milliseconds higher at 4 hours compared to placebo drinkers.

The QT interval is a measurement of the time it takes ventricles in the heart (the lower chambers) to prepare to generate a beat again.

If this time interval is either too short or too long, it can cause the heart to beat abnormally.

The resulting arrhythmia can be life-threatening.

The results of the study confirm previous findings and suggest that the QT interval changes are generally sustained over the four-hour monitoring period rather than being a short-lasting effect after consuming 32-ounces of an energy drink.

Researchers also found a statistically significant 4 to 5 mm Hg increase in systolic and diastolic blood pressure in participants who consumed the energy drinks.

“We found an association between consuming energy drinks and changes in QT intervals and blood pressure that cannot be attributed to caffeine. We urgently need to investigate the particular ingredient or combination of ingredients in different types of energy drinks that might explain the findings seen in our clinical trial,” said lead author Sachin A. Shah, Pharm.D., professor of pharmacy practice at University of the Pacific, Thomas J. Long School of Pharmacy and Health Sciences in Stockton, California.

“Energy drinks are readily accessible and commonly consumed by a large number of teens and young adults, including college students. Understanding how these drinks affect the heart is extremely important,” said study co-author Kate O’Dell, Pharm.D., professor of pharmacy and director of experiential programs at the Thomas J. Long School of Pharmacy and Health Sciences.

“The public should be aware of the impact of energy drinks on their body especially if they have other underlying health conditions,” Shah said. “Healthcare professionals should advise certain patient populations, for example, people with underlying congenital or acquired long QT syndrome or high blood pressure, to limit or monitor their consumption.”

The University of the Pacific supported the study.

35% drop in new diabetes diagnoses in US