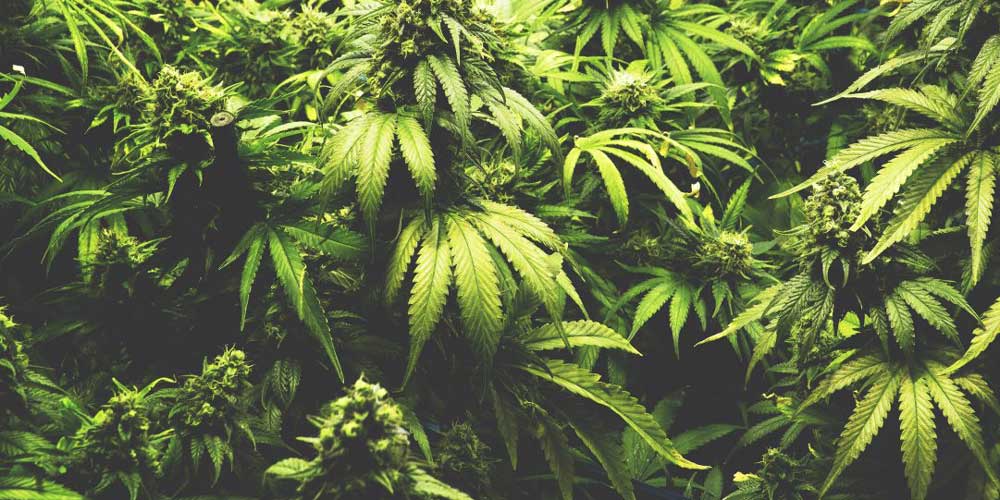 The more research they do, the more evidence Ohio State University scientists find that specific elements of marijuana can be good for the aging brain by reducing inflammation there and possibly even stimulating the formation of new brain cells.

The research suggests that the development of a legal drug that contains certain properties similar to those in marijuana might help prevent or delay the onset of Alzheimer’s disease.

Though the exact cause of Alzheimer’s remains unknown, chronic inflammation in the brain is believed to contribute to memory impairment.

Any new drug’s properties would resemble those of tetrahydrocannabinol, or THC, the main psychoactive substance in the cannabis plant, but would not share its high-producing effects.

THC joins nicotine, alcohol and caffeine as agents that, in moderation, have shown some protection against inflammation in the brain that might translate to better memory late in life.

“It’s not that everything immoral is good for the brain. It’s just that there are some substances that millions of people for thousands of years have used in billions of doses, and we’re noticing there’s a little signal above all the noise,” said Gary Wenk, professor of psychology at Ohio State and principal investigator on the research.

Wenk’s work has already shown that a THC-like synthetic drug can improve memory in animals. Now his team is trying to find out exactly how it works in the brain.

The most recent research on rats indicates that at least three receptors in the brain are activated by the synthetic drug, which is similar to marijuana.

These receptors are proteins within the brain’s endocannabinoid system, which is involved in memory as well as physiological processes associated with appetite, mood and pain response.

This research is also showing that receptors in this system can influence brain inflammation and the production of new neurons, or brain cells.

“When we’re young, we reproduce neurons and our memory works fine. When we age, the process slows down, so we have a decrease in new cell formation in normal aging. You need those cells to come back and help form new memories, and we found that this THC-like agent can influence creation of those cells,” said Yannick Marchalant, a study coauthor and research assistant professor of psychology at Ohio State.

Marchalant described the research in a poster presentation Wednesday (11/19) at the Society for Neuroscience meeting in Washington, D.C.

Knowing exactly how any of these compounds work in the brain can make it easier for drug designers to target specific systems with agents that will offer the most effective anti-aging benefits, said Wenk, who is also a professor of neuroscience and molecular virology, immunology and medical genetics.

“Could people smoke marijuana to prevent Alzheimer’s disease if the disease is in their family? We’re not saying that, but it might actually work. What we are saying is it appears that a safe, legal substance that mimics those important properties of marijuana can work on receptors in the brain to prevent memory impairments in aging. So that’s really hopeful,” Wenk said.

One thing is clear from the studies: Once memory impairment is evident, the treatment is not effective. Reducing inflammation and preserving or generating neurons must occur before the memory loss is obvious, Wenk said.

Marchalant led a study on old rats using the synthetic drug, called WIN-55212-2 (WIN), which is not used in humans because of its high potency to induce psychoactive effects.

The researchers used a pump under the skin to give the rats a constant dose of WIN for three weeks – a dose low enough to induce no psychoactive effects on the animals. A control group of rats received no intervention. In follow-up memory tests, in which rats were placed in a small swimming pool to determine how well they use visual cues to find a platform hidden under the surface of the water, the treated rats did better than the control rats in learning and remembering how to find the hidden platform.

“Old rats are not very good at that task. They can learn, but it takes them more time to find the platform. When we gave them the drug, it made them a little better at that task,” Marchalant said.

In some rats, Marchalant combined the WIN with compounds that are known to block specific receptors, which then offers hints at which receptors WIN is activating.

The results indicated the WIN lowered the rats’ brain inflammation in the hippocampus by acting on what is called the TRPV1 receptor. The hippocampus is responsible for short-term memory.

With the same intervention technique, the researchers also determined that WIN acts on receptors known as CB1 and CB2, leading to the generation of new brain cells – a process known as neurogenesis.

Those results led the scientists to speculate that the combination of lowered inflammation and neurogenesis is the reason the rats’ memory improved after treatment with WIN.

The researchers are continuing to study the endocannabinoid system’s role in regulating inflammation and neuron development. They are trying to zero in on the receptors that must be activated to produce the most benefits from any newly developed drug.

What they already know is THC alone isn’t the answer.

“The end goal is not to recommend the use of THC in humans to reduce Alzheimer’s,” Marchalant said. “We need to find exactly which receptors are most crucial, and ideally lead to the development of drugs that specifically activate those receptors. We hope a compound can be found that can target both inflammation and neurogenesis, which would be the most efficient way to produce the best effects.”

The National Institutes of Health supported this work.

Obese women may have safe pregnancy after weight loss surgery

COPD hospitalizations on the rise in US