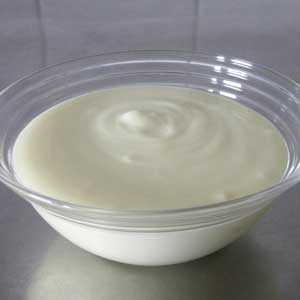 In a published study of 30 patients, the 22 who reported problems like confusion and difficulty concentrating, in addition to their gas and bloating, were all taking probiotics, some several varieties.

When investigators looked further, they found large colonies of bacteria breeding in the patients’ small intestines, and high levels of D-lactic acid being produced by the bacteria lactobacillus’ fermentation of sugars in their food, says Dr. Satish S.C. Rao, director of neurogastroenterology/motility and the Digestive Health Clinical Research Center at the Medical College of Georgia at Augusta University.

D-lactic acid is known to be temporarily toxic to brain cells, interfering with cognition, thinking and sense of time.

They found some patients had two to three times the normal amount of D-lactic acid in their blood.

Some said their brain fogginess – which lasted from a half hour to many hours after eating – was so severe that they had to quit their jobs.

The report in the journal Clinical and Translational Gastroenterology appears to be the first time the connection has been made between brain fogginess, bacterial overgrowth in the small intestine, high levels of D-lactic acid in the gut and probiotic use, Rao says.

“What we now know is that probiotic bacteria have the unique capacity to break down sugar and produce D-lactic acid. So if you inadvertently colonize your small bowel with probiotic bacteria, then you have set the stage for potentially developing lactic acidosis and brain fogginess,” Rao says.

Probiotics not a food supplement

While probiotics can be beneficial in some scenarios, like helping a patient restore his gut bacteria after taking antibiotics, the investigators advised caution against its excessive and indiscriminate use.

“Probiotics should be treated as a drug, not as a food supplement,” Rao says, noting that many individuals self-prescribe the live bacteria, which are considered good for digestion and overall health.

Others have implicated probiotics in the production of D-lactic acid – and brain fogginess – in patients with a short bowel so their small intestine does not function properly, and in newborns fed formula containing the popular product.

Short bowel syndrome results in a lot of undigested carbohydrates that are known to cause small intestinal bacterial overgrowth, or SIBO, and the high levels of D-lactic acid.

Patients with brain fogginess also had a higher prevalence of D-lactic acidosis, 77 versus 25 percent, respectively.

When brain-foggy patients stopped taking probiotics and took a course of antibiotics, their brain fogginess resolved.

Movement of food through the gastrointestinal tract was slow in one third of the brain foggy patients and one fourth of the other group.

Slower passage, as well as things like obesity surgery, can increase the chance of bacterial buildup, or SIBO.

“Now that we can identify the problem, we can treat it,” Rao says.

Diagnosis includes breath, urine and blood tests to detect lactic acid, and an endoscopy that enables examination of fluid from the small intestines so the specific bacteria can be determined and the best antibiotics selected for treatment.

Normally there is not much D-lactic acid made in the small intestines, but probiotic use appears to change that.

SIBO, which was present in most with brain fogginess, can cause bacteria to go into a feeding frenzy that ferments sugars resulting in production of uncomfortable things like hydrogen gas and methane that explain the bloating.

Probiotics added to that feeding frenzy the bacterium lactobacillus, which produces D-lactic acid as it breaks down sugars, The acid get absorbed in the blood and can reach the brain.

All those with brain fogginess, SIBO and/or D-lactic acidosis, were given antibiotics that targeted their bacterial population and asked to discontinue probiotics.

Those without SIBO were asked to halt probiotics and stop eating yogurt, which is considered one of the best sources of probiotics.

Those with SIBO and D-lactic acidosis but no brain fogginess also took antibiotics.

Following treatment, 70 percent of patients reported significant improvement in their symptoms and 85 percent said their brain fogginess was gone.

Those without brain fogginess but with SIBO and high levels of D-lactic acid reported significant improvement in symptoms like bloating and cramping within three months.

Abdominal pain was the most common symptom in both groups and before treatment, six of those with brain fogginess reported a tremendous increase in their abdominal size within just a few minutes of eating.

Probiotics definitely can help, for example, people who have gastroenteritis, or stomach flu, or are left with diarrhea and other problems after antibiotics wipe out their natural gut bacteria, Rao says.

“In those situations, we want to build up their bacterial flora so probiotics are ideal,” he says.

Good food sources of probiotics include yogurt, sauerkraut, kimchi, kefir and dark chocolate, which are generally safe because of the small amounts of bacteria present, Rao says.

Obese people can reduce risk of atrial fibrillation with exercise